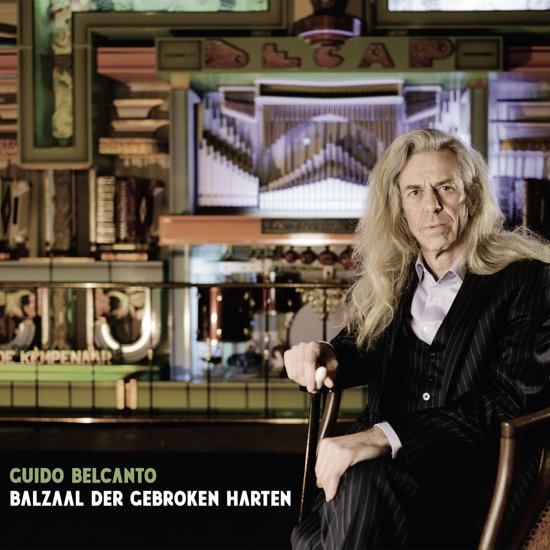 At the beginning of 2008, Guido Belcanto delighted the world with an unprecedented stunt. From the brain of Steph Van Uytvanck, the idea arose to set up a performance with a giant Decaporgel, a majestic, music machine, designed by the Decap brothers of Herentals . Guido Belcanto toured with this miraculous musical instrument. For this daring venture he received the support of his artistic friends Vitalski, Lady Angelina and Martinus Wolf. The hilarious, mesmerizing humor of the unsurpassed Vitalski, the exuberant musical arrangements and ditto piano play by Martinus Wolf, the angelic appearance of Lady Angelina with her accordion, the unique songs and golden singing voice of the flamboyant Guido Belcanto: it created a spectacle without equal in the Flemish show business.

Because of the success of the first series, a new show followed in 2009, with the same artists. This time it was again a great success.

In 2014 the project ‘Ballroom of Broken Hearts’ was taken back from under the dust. In this show the swirling music of the Decaporgel was again central. The female main character of the performance is the beautiful Tine Embrechts. In this show Tine revealed herself as a fantastic singer who plays songs by Guido Belcanto and some old cabaret songs and nightclub stands. And finally there was Belcanto himself who drew from his now immeasurable repertoire, stupefying duets sang with Tine and premiered a number of new songs.

The CD of this last performance can be ordered here!